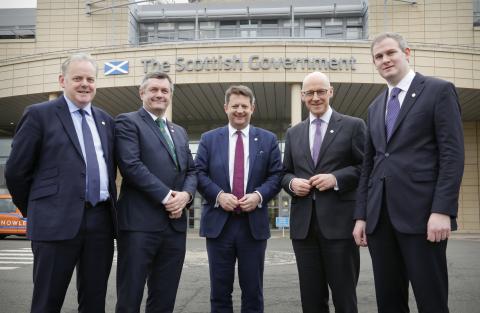 The British-Irish Council’s Indigenous, Minority and Lesser-Used (IML) Languages work sector held a Ministerial meeting in Edinburgh today. The meeting was hosted and chaired by John Swinney MSP, Deputy First Minister and Cabinet Secretary for Education and Skills, on behalf of the Scottish Government.

The meeting was attended by Ministers from the UK and Irish Governments, the Devolved Administrations of Scotland and Wales, and the Governments of Jersey and the Isle of Man.