The British-Irish Council (BIC) held its 36th Summit meeting today hosted by the Welsh Government. The heads of delegation were welcomed by the First Minister of Wales, the Rt Hon Mark Drakeford MS.

The Council reflected on recent political developments and took the opportunity to engage on a number of topics of mutual interest, including minority languages, COP26 and recovery from the Covid-19 pandemic.

The Welsh Government First Minister, the Rt Hon Mark Drakeford MS, will host the 36th British-Irish Council Summit meeting this week. It will be the sixth time the BIC Summit has been hosted by the Welsh Government. The meeting will be attended by leaders and ministers from the Council’s 8 Member Administrations. 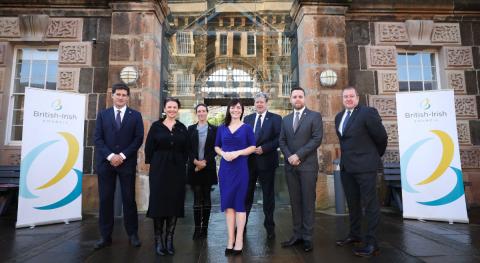 The Communiqué from the meeting is available here.