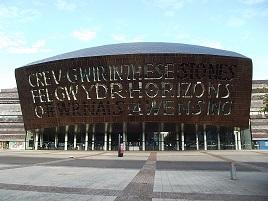 Wales is one of the countries that make up the United Kingdom (UK). Known for its outstanding natural beauty, Wales enjoys spectacular mountains and a stunning coastline, which make for truly breath-taking views. As well as this, Wales boasts of great man made beauty, having over 500 castles.

Culturally Wales is famous for its male voice choirs, passion for rugby and proud Celtic history.

In 1997, a referendum was held on devolution for Wales and, following a yes vote, the Government of Wales Act (GOWA) 1998 established the first devolution settlement for Wales. GOWA 1998 gave no primary legislative powers to the National Assembly for Wales; the Assembly had executive powers to make secondary legislation only.

In 2011, a second referendum was held in which the Welsh public voted yes to enhancing Wales’ legislative capability. The National Assembly for Wales can now make Acts of law on subjects in all of the 20 devolved areas without needing agreement from the UK Parliament.

Indigenous, Minority and Lesser-Used Languages; and