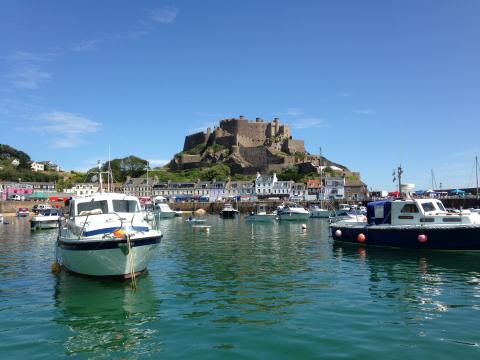 The Bailiwick of Jersey is a Crown Dependency and the most southerly part of the British Isles. The Island sits 85 miles off the south coast of England and 14 miles from the North West coast of France. The current population is estimated at 99,000.

Jersey does not form part of the United Kingdom (UK) and has never been a colony of the UK. The Bailiwick is not represented in the UK Houses of Parliament which would not legislate for the Island unless requested to do so. Jersey is autonomous in its domestic and fiscal affairs whilst the UK Government, through the Crown, retains formal responsibility for the Islands defence and, to some extent, its foreign affairs. It is settled constitutional practice that the UK consults Jersey before it may bind the Island to obligations in international law.

In recent years Jersey has held increasing responsibility for its own external relations. An agreement signed in 2007 recognised that Jersey has an international identity which is different from that of the UK. Accordingly, the Island has now signed a number of international agreements directly with other countries, principally in relation to tax matters. In September 2013, the Government adopted the new role of Minister for External Relations and now operates three overseas representative offices in London, France (Caen) and Brussels, the latter two of which are operated jointly with the Bailiwick of Guernsey.

The Island has a special relationship with the European Union (EU) provided by Protocol 3 to the UK’s Treaty of Accession to the EEC. Under Protocol 3, Jersey is part of the Customs territory of the EU, allowing free movement of goods between the Island and Member States. Jersey is not part of the single market in services.

Jersey has its own Parliament, the States of Jersey Assembly. There are 49 elected members of the States: 8 Senators (elected on an Island wide mandate), 12 Connétables (representing the parishes of the Island) and 29 constituency Deputies. General elections are held every four years with the next due in April 2018. The majority of States Members sit as independents.

The Council of Ministers is the Government of Jersey. The Council is led by the Chief Minister and includes ten other Ministers.