The Invasive Non-Native Species (INNS) sub group together with the other three sub-groups of the work sector are working towards the next BIC Environment work sector meeting of Ministers.

BIC INNS officials have been meeting bi-annually since 2013 to explore and agree areas of cooperation on INNS.  The fourth BIC INNS workshop was held in Cardiff on 20/21 January 2020 hosted jointly by the BIC Secretariat and Welsh Government.

The workshop had four main themes:  (i) Pathways, (ii) Communications (iii) Contingency planning and rapid response (iv) International INNS policy. The workshop was highly successful and feedback very positive. There were a large number of ideas for future collaboration and those listed below have been prioritised for announcement and/or agreement at the next BIC Environment meeting of ministers.

Please see below some of the events that the INNS sub group have attended as part of their work programme across the eight Member Administrations of the British Irish Council. 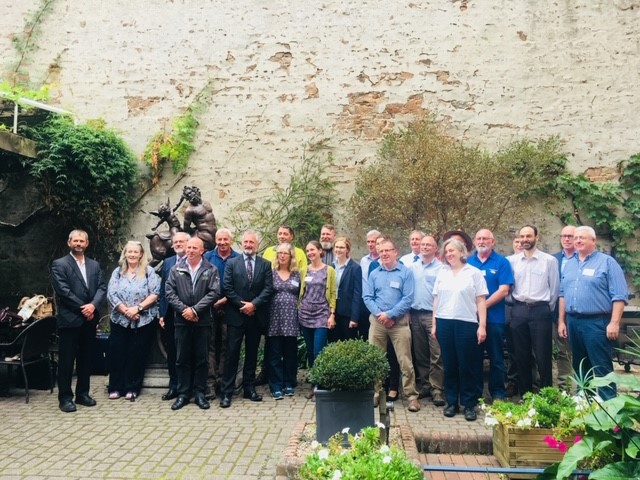 Delegates from the eight BIC Member Administrations meet at the start of the Asian Hornet Seminar in St Helier, Jersey in September 2018.

Willie Peggie, Director of Natural Environment for the States of Jersey at the seminar with a large Asian Hornets’ nest. 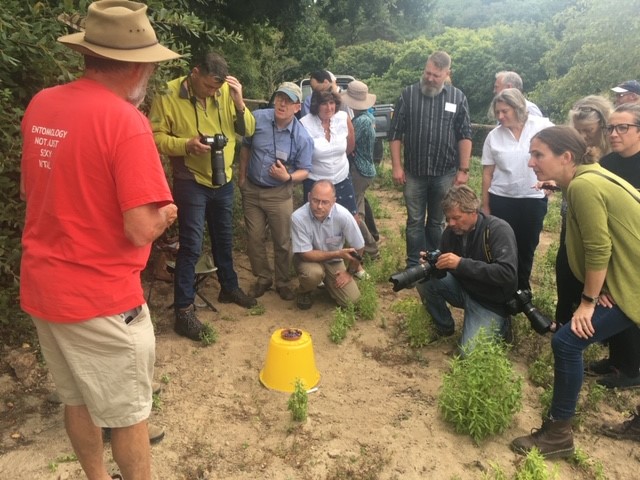 During the BIC Asian Hornet Seminar held in Jersey in September 2018, delegates were taken to a site of Asian Hornet activity by Bob Hogge of the Jersey Bee Keepers Association. 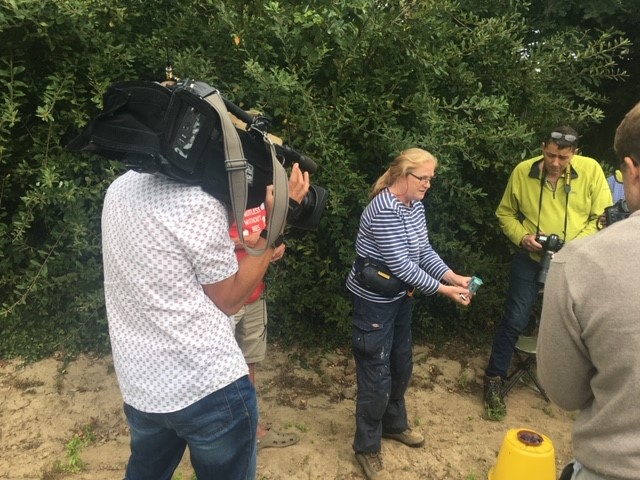 The BIC Asian Hornet Seminar attracted significant media coverage from both across the BIC Member Administrations and internationally. 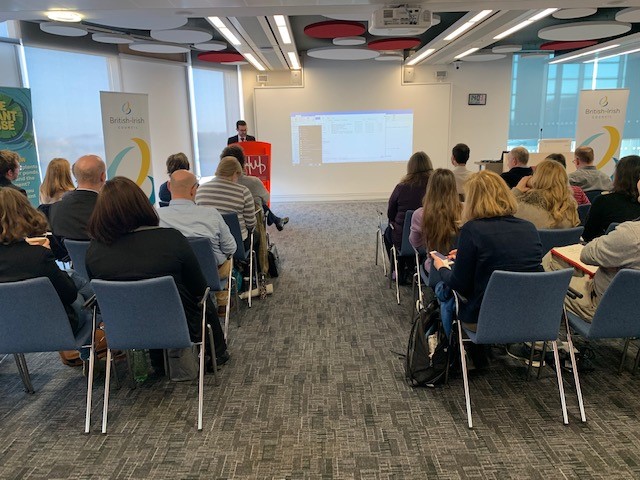 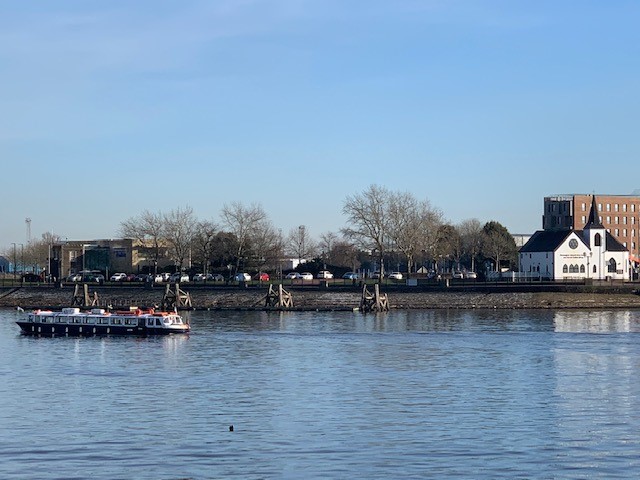 A cold but beautiful day welcomed the delegates to the 4th BIC INNS Seminar at the Life Science Hub in Cardiff Bay in January 2020.

The British-Irish Council Environment work sector tasked the Invasive Non-Native Species subgroup with producing an Action Plan to address the issues associated with the invasive non-native tunicate Didemnum Vexillum.  This Didemnum Vexillum Action Plan was finalised and received Ministerial approval at the BIC Environment work sector Ministerial meeting held virtually in November 2020.  The objectives within the Action Plan aim to mitigate against the potential environmental and economic harms posed by this problem species, and are being taken forward by the BIC Member Administrations along with industry stakeholders.

☰ Areas of Work
↑ Back To Top